The Joys And Power Of Conversation

The Joys And Power Of Conversation

The Plainview library welcomes attendees to an engrossing seminar at 3 p.m. in the auditorium. Ron Gross of Columbia University and founder of Conversations New York believes that “Conversation is free, but it’s invaluable.” At this participatory event, you’ll learn how you can join the movement to turn away from our electronic devices and towards each other for delight, understanding and social progress.

Join the Plainview-Old Bethpage community in honoring America and all those who have fought for freedom enjoying the 2015 Memorial Day Parade. The parade kicks off at 9 a.m. at 700 Old Country Rd. and Route 135 and makes its way to Washington Avenue Park. This year’s Grand Marshall is Jack Stein, past Nassau County Council Commander, VFW. Honorees include Nassau County Police Commissioner Thomas Krumpter and Gary Epstein, the past president of the Plainview-Old Bethpage Chamber of Commerce and former Board of Education member.

The Plainview library presents two screenings, 2:30 and 7:30 p.m., of the film Can-Can. In 1896 Montmartre, Parisian nightclub owner Simone Pistache (Shirley MacLaine) is known for her performances of the can-can, a provocative dance recently outlawed as immoral. Though her dancing delights patrons to no end, it also attracts the ire of a self-righteous judge (Louis Jordan), who aims to punish her by photographing her in the act, then falls for her, much to the chagrin of her boyfriend Francois Durnais (Frank Sinatra). 2 hours 21 minutes (Not Rated)

The Mid-Island Y JCC invites veterans to join this bi-monthly discussion group led by Kelly Soel, RN. Each session will feature tips for keeping active and healthy, reminiscences of common experiences, current events, and other topics of interest. For more information, call Kelly at 516-822-3535 ext. 381.

Movie: Into The Woods

The Plainview library presents two screenings, 2:30 and 7 p.m., of the film Into The Woods. Adapted from Stephen Sondheim’s Broadway musical of the same name, Into the Woods was inspired by selected fairy tales of the Brothers Grimm. The plot centers on a baker (James Corden) and his wife (Emily Blunt) who incur the wrath of a witch (Meryl Streep) while attempting to start a family. Johnny Depp, Chris Pine and Christine Baranski are also featured. 2 hours 4 min (Rated PG)

Temple Chaverim, 150 Washington Ave., welcomes attendees at 7:30 p.m. to focus on the formation of Jewish prayer. From the earliest recordings in the Torah to more recent inventions and reinventions, the temple will explore the path that prayer has taken with Judaism and the way it has shaped meaning for the Jewish people for thousands of years. RSVP to Ronnie at 516-367-6100 ext. 112 or ronnie@templechaverim.org.

Friends Of The Library

The Friends of the Plainview-Old Bethpage Library cordially invite attendees to an open-house membership tea party in the art gallery at 2 p.m.

Come to the Plainview library for a great night of laughter, as veteran comedian and host Anne LiPuma presents an evening of seriously funny, clean comedy starring Carie Karavas and featuring John Iavarone with Frank Favia doing the honors as emcee. The night of laughs takes place at 8 p.m. in the auditorium.

Join social worker and television talk show host of The Relationship Journey, Marla Matthews at the Plainview library in a discussion, social and support group for divorced, widowed and single adults over 50 who would like a new beginning. Make new friends, network and learn new skills towards reinventing yourself, with inspiration and hope for the future. Event is at 3 p.m. in room E. 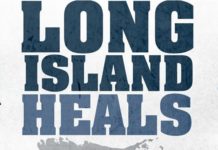