My first experience competing in the end of summer camp tradition known as Color War was as a fourth-grader at the Hartman Y Camp.  A yellow bus caravan that brought 300 or so children to various local parks, pools and area beach clubs for a day packed with sports, lanyards and bologna sandwiches on white bread.

Campers were divided by age, counselor appraised athletic ability and a similar evaluation placing a few creative and artistically talented campers on each team. We screamed our team cheers until we were hoarse. We wore matching color shirts and shorts and paraded in synchronized lines to demonstrate our unity to the judges. Instead of eating lunch with our regular groups, we ate as a team—a clean lunch area gained your team additional points.

By the time I reached the sixth-grade, the final year of participation in Color War, I was thought to be one of the stronger athletes in the camp. My strength was swimming (one of the many valuable life skills I learned in camp) and became proficient in a variety of strokes.

Monaco Beach Club in Lido Beach was one of our weekly destinations and the home for Color War’s aquatic competition. My biggest contribution to our team was a first place effort in the two pool-length freestyle race.

Randy was known to be the fastest kid in camp and he smoked me by 20 yards in the 220-yard run around the football field at Far Rockaway High School. That race decided the winner of Color War. I was justly consoled by my counselors and fellow teammates.

My take away from my final Color War was that I’m not necessarily faster in water than on land. It was just that you could only participate in three individual events and Randy was not signed up for the freestyle swim competition.

By the time my children went to camp (one of the Catskills better known sleep away destinations), Color War evolved into an elaborate theatrical production replete with a tradition known as Breakout, during which pop culture celebrities would arrive often times via helicopter to camp. I remember watching camp website video of Tobey Maguire, a.k.a. Spiderman, imploring each team to go beyond normal effort to capture the Color War title.

With the technological advances available today, the exceptional facility resources of a private sleep away camp and the direction of the owners of the camp (true camping innovators, there was a mandate to provide the most extraordinary experience possible to the 500-plus campers participating in Color War. The fallout from this extravagance was a yearly increase in the cost of seven weeks of sleep away camp.

The late 1960s through 1980 was my sports awareness wheelhouse. With the my local allegiances to the Yankees, Giants, Knicks and Rangers, the inevitable arguments, disparaging personal remarks leveled against friends and foes who’s allegiances differed was a daily event. The one thing everyone could agree upon and stand proudly shoulder to shoulder for were the amateur athletes that represented the United States in the world’s version of Color War, the Olympic Games.

In 1968, a gangly distance runner from Kansas named Jim Ryun, gave one of the most thrilling efforts of any Olympic Athlete when he came in second place and won the Silver Medal. Beaten by Kip Keino, from what was then the still exotic neverland of Kenya. Ryun went on to become a U.S. congressman.

My hero, and the greatest all-around athlete the world had ever seen, Bruce Jenner captured the minds and envy of America by winning the decathlon at the 1976 Olympics in Montreal. Jenner wound up on the cover of the Wheaties cereal box. Today when you Google the name, the first record you see identifies America’s greatest athlete as Caitlyn Jenner.

My most exciting Olympic memory is easy to identify and I still get goose bumps whenever the clip of the 1980 Men’s Ice Hockey team is shown defeating the favorite Russian team and subsequently Finland to win the Gold medal.

Politics, money and professionalism has pretty much ruined the Olympics for me. As Carmelo Anthony and 11 other millionaires travel to Rio de Janiero to demonstrate to the world that the USA owns basketball, hundreds of thousands of Brazil’s residents have sadly had their homes and villages stolen from them by the greed and avarice of the country’s elitists, building monolithic structures never to be used after the two weeks’ worth of sporting events.

If not for financial gain alone, why would the International Olympic Committee continue to award host status to countries such as Russia and China where Human Rights oppression is the norm? Business as usual I guess, as we recall from Jesse Owens Nazi crushing performance in the 1936 Games. 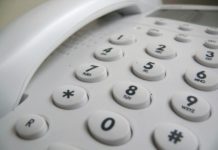