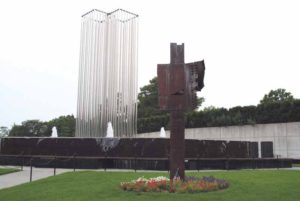 For many local residents, memorializing Long Island’s victims of the terrorist attacks on September 11, 2001, goes beyond solemnly reading the names of those lost. At gatherings throughout the towns of Oyster Bay, Hempstead and North Hempstead, officials and citizens alike will acknowledge the shared experience of living on the island and losing loved ones to senseless hatred.

“There is a commonality and a bond between all of us because the people who were lost, they all learned to ride a bike on the same roads as us, they went to the same burger joints as us and they had their first kiss in the same parks as us,” said Town of Oyster Bay Supervisor John Venditto, who hosts a memorial at Tobay Beach on Sept. 7 at 7 p.m. “It makes it so personal.”

In the Town of North Hempstead, a memorial service will be held at Mary Jane Davies Green on Plandome Road on Sunday, Sept. 11, at 8 a.m. Supervisor Judi Bosworth said to mark the 15th anniversary, the town will do as it has always done to gather and respectfully honor and remember the nearly 3,000 people who lost their lives in New York, in Washington D.C. and over the skies of Pennsylvania.

“Among those victims were 56 members of our own community here in North Hempstead who were our neighbors, friends, co-workers and beloved family members,” she said. “They have not been forgotten.” 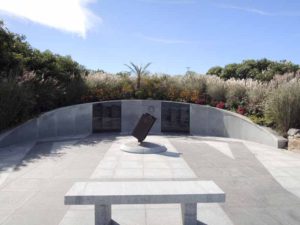 And though there are some therapeutic aspects of the various ceremonies, Venditto candidly said for the children, parents, siblings, relatives and friends of the victims, time does not necessarily heal all wounds.

“Every year, the mood never changes,” said Venditto regarding the ceremony’s nature. “The anguish and the pain continues at the same level and in some instances it only deepens. Fifteen-years later, it is as important as ever to come together and recall the events of that day, but I don’t see time healing these wounds.”

And according to Bosworth, the slow healing process is attributed to the fact that terrorism throughout the world has not yielded since that attack on the country—instead, it persists and will forever remind citizens of the fragility of everyday peace.

“Fifteen years after September 11, the hate and carnage continue, not only on American soil, but throughout the world,” she said. “Our vigilance against terrorism must be stronger than ever and our commitment to stand together with other nations targeted by terrorists must be unyielding.”

“If the day comes when we forget, I think it doesn’t speak well for us as a people and it would diminish the freedoms and opportunities we enjoy as citizens,” said Venditto. “Face the events of that day and be with those impacted the most. Hold their hands and just be there for them. We all have a story about 9/11 and we are all connected to it in some way, but when you are up close with parents or children or siblings of victims, it is an entirely different experience. You can never stand in their shoes and we shouldn’t try to, but we need to be there and to hear them.”