At a meeting meant to gauge public opinion regarding acres of undeveloped land near the forthcoming Country Pointe project at Old Country and Round Swamp roads, the majority of attendees were in agreement—nix the buildings and save the trees.

Town of Oyster Bay Councilwoman Rebecca Alesia hosted the event at the Mid Island Y JCC on Manetto Hill Road, mere minutes from the parcel of land in question.

She said this meeting was the first of at least two the town will hold to come to a consensus with the community regarding the close to 58 acres of land given to the town by the Beechwood Organization, the developer behind Country Pointe. 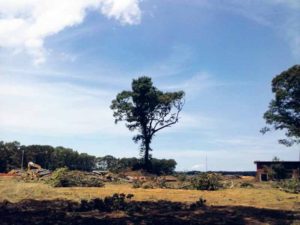 “This is your community and we want you to decide what to do with this land,” she said. “We want to get as close as possible to a unified conclusion and a plan on how to move forward.”
Along with the councilwoman, representatives from the Parks Department and the Department of Public Works were on hand at the meeting, at which numerous residents delivered statements about how they think the town should use the land alloted by Beechwood.

Aside from a few outliers, the majority of speakers said the town would be making a huge mistake if it choice development over nature.

“I’m concerned that you keep removing trees. If anything, we should be adding trees,” said resident Cheryl Unger.

There were a few pro-development attendees, including Susan Polansky, a Plainview resident from USA Track & Field Long Island Association, who said she would like to see a multi-use indoor sports facility. 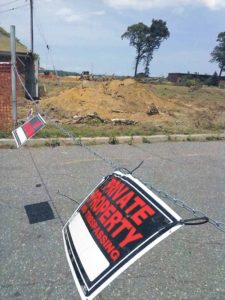 Another resident, Angel Cepeda, who staged an election bid in 2015 for county legislature, said the town should broaden its vision beyond athletics with a community arts center.
Neither of these suggestions sat well with the audience, as residents who live on Beatrice Lane, which abuts the property, strongly opposed any ideas to build any structures that would compromise their quality of life in Old Bethpage.

One resident said that the Country Pointe project is bad enough and she doesn’t want more developments making it worse.

“I don’t need an amphitheater in my backyard,” said one resident. “Just because there’s land doesn’t mean we have to develop it.”

The idea to expand the soccer fields for Long Island Junior Soccer League and the Plainview-Old Bethpage Soccer Club was met with much more positive feedback, as was a suggestion to build an outdoor basketball court for Plainview PAL Basketball or a little league baseball diamond.

Alesia said her takeaway from the meeting was that anything bigger than sports fields or a passive park would not go over well with the local residents.

She also assured residents that any trees removed by Beechwood would be replaced and not necessary with tiny saplings.

“Any sort of large scale redevelopment of the land did not seem popular to me,” she said, adding that no organization is allowed to remove trees from town land without the town’s consent.

“The town is a designated Tree City USA and I’ve made it clear that no trees should be removed from our land. We can’t replace a 100-year-tree, but we can require them [Beechwood] to plant tall, mature trees, not saplings.”