Dr. Adam Katof, an internist at Northwell, and his son, Jesse, of Plainview were recently invited to attend an New York Islanders game at Nassau Coliseum by Islanders left winger Anthony Beauvillier and the Alzheimer’s Association as part of a program that has hosted children and their parents who are connected to the deteriorating disease.

“I’ve spoken to people about how Alzheimer’s has affected my family’s life and also about what we do in our office to help diagnose and treat Alzheimer’s disease as much as we can in 2019,” said Katof. “Someone from the association knew this and also knew my son was a hockey player, so it just ended up being a perfect match.”

Growing up, Katof didn’t know anything about Alzheimer’s disease until his grandmother started showing signs of it when he was 10 years old. His grandfather would try his best to care for her and help her if she was having trouble understanding. When the grandfather passed away, they had to put her in a nursing home until she passed away from the disease.

“When I was younger, she did so much for me,” said Katof. “She made the best blueberry muffins there ever were. Over time, she wasn’t able to do those things and I think the most significant change was her loss of cognitive abilities. She would often repeat herself and as a young kid, I didn’t understand. It was just ‘Grandma is weird.’ She’s asking me the same questions 10 times in a row.”

Today, Katof works in internal medicine and is at the forefront of looking at the earliest signs and symptoms that may later be diagnosed as dementia. Truly diagnosing Alzheimer’s would involve studying brain tissue; But in order to not put elderly individuals through that, doctors study the behavioral patterns of patients

“We do an assessment in our office called a brief cognoscente assessment,” said Katof. “We ask them if they are forgetting keys or recognizing a face but not remembering the name. We ask the family members if they have seen these things. If we think they have early signs of these diseases, we’d forward them to a neurologist.”

It’s the work that he does that gave him the honor of representing the Alzheimer’s Association at the Islanders game. His son Jesse was especially excited as hockey has become a main focus in his life. He is a goalie for the Dix Hills Rebels, which had an incredible 2018-19 season. They recently won a state championship, as well as an east coast championship.

“It’s like his identity,” said Katof. “He’s been playing hockey since he’s been 6 years old. His team played 73 games since September, about 70 practices and he even got up at five in the morning once or twice a week to have a private practice with his goalie coach. It really takes up a lot of his time. We do a lot of traveling. He sees his hockey family 10 times as much as he sees his actual family.” 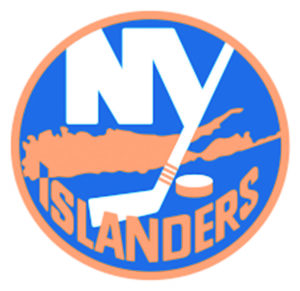 The Katofs used to be season ticket holders for the team, but gave them up after the team moved to Brooklyn and Jesse’s schedule began getting busy. They used to sit in the third row and Jesse would reach down to high-five the players as they came on and off the ice. The players would sometimes toss pucks and sticks up to him to hold on to.

“He’s probably a bit spoiled to think that every time you go to a hockey game, you get someone’s equipment,” said Katof.

While the game itself was not exciting, a 5-0 loss to the Boston Bruins, the night itself was a wonderful experience, according to Katof. They were treated like VIPs, being able to park close to the stadium and receiving a bag of souvenirs with items, such as a hat, a glass and key chains.

“We had Mr. Beauvillier’s seats, which were in the third row. It was almost the same seats that we had when we were season ticket holders. It was right where the Islanders came in and out of the locker room. Being in the coliseum and so close to the action, it’s always great.”

After the game, Beauvillier came out to meet Adam and Jesse. The 21-year-old player, whose grandparents were affected by Alzheimer’s disease, talked with Adam about their experiences with the disease, Meanwhile, he bonded with Jesse over their love of hockey.

“He spent a lot of time reminiscing about playing youth hockey,” said Katof. “It turns out the tournament that my son played in Quebec this year was the same one he played in when he was his age. He was all smiles and a nice, down-to-earth guy. At the end, he signed a stick and personalized it just for Jesse.”

Katof is grateful to the Alzheimer’s Association for the invite, as well as Beauvillier and the Islanders for being gracious host. He stresses that anyone who believes that they are experiencing signs of Alzheimer’s or dementia to go see a physician about it and he is happy to help.

“In today’s economics, physicians don’t have the time to spend with people,” said Katof. “I’m glad to have the privilege to spend as much time with our patients as we can to do these screenings. They are going to get the time they need. That’s the way we do things.”

To learn more about the Alzheimer’s Association, visit www.alz.org.