If you are looking to enjoy local sports during the summer, look no further than Old Bethpage Village Restoration’s own Old Time Base Ball league.

Starting in 1979 as a Civil War reenactment, it has since evolved into a recreation of the 1864 base ball (as it was spelled back then) league made up of teams that existed on the island back in that time period, such as the Manetto Hill Surprise of Plainview. Players dress up in vintage uniforms and participate in the sport following the rules and customs of the 19th century game. While it started at Old Bethpage, there are now more than 300 teams across the U.S. and Canada that participate in similar leagues like this.

“We researched and found all mentions of the teams and recreated them,” said Thomas Fesolowich, who runs the program. “Those who come will get to learn how the rules are different from modern baseball. They’ll be thrown back to a more simple time.”

“It’s baseball, but there are a few rule tweaks,” said Fesolowich. “The players are constantly answering questions so that people can get it. There are certain things as a modern baseball player you have to unlearn, such as not overrunning first base. You grow up in little league always learning to overrun first base, but you aren’t allowed.” 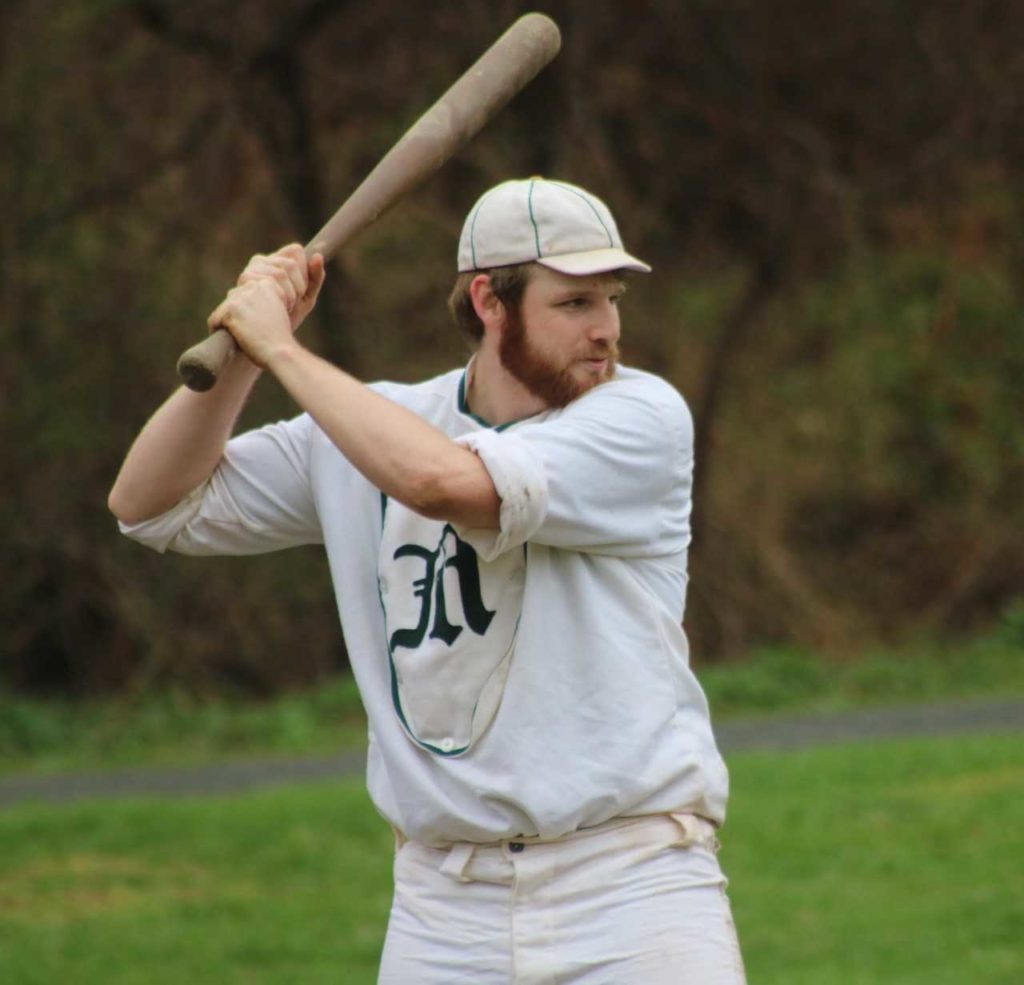 Patrons who visit Old Bethpage the day of a base ball game can actually play that day if they want to. The program is made up entirely of volunteers, those who have a little ability but mostly have an interest in the history of the game.

“Some players do join in the middle of the year, so we take them aside and go over the rules with them,” said Fesolowich. “Sometimes its learning by fire. You’re thrown into the game and you have to learn these rules as you go.”

Old Time Base Ball is held almost every Sunday during the summer. They also run a kids game after each main event called “Rounders,” which gives kids a chance to play the game with a softer ball and slightly different rules.

On Aug. 3, Old Bethpage Village Restoration will be holding an event called the “Doc Adams Old Time Base Ball Festival,” where teams from across the country come to play various different versions of old-time base ball from the 1850s to 1890s. For more information on the event schedule and all base ball events at the park, visit www.obvrnassau.com.