The eighth event of its kind, the Don’t Look Away Rally was held in Huntington Station on July 27, drawing nearly 200 Long Islanders, including Legislator Arnold Drucker and Rabbi Jenn Weinstein of Simchat HaLev of Syosset, who both spoke. The rally addressed the issue of family separation at the border and immigration policy that organizers say traumatizes children. Passing cars supported the demonstration by honking horns in solidarity.

“Our nation is in the midst of a humanitarian crisis in which children and families fleeing oppression are being dehumanized and marginalized by our federal government,” said Drucker. “By denouncing inhumane policies that betray our values, we can turn our outrage into action, overhaul our immigration policies and restore the American dream of pursuing a life of freedom. We must keep speaking out until we secure the necessary changes that ensure this fundamental right for every person who crosses our border.”

Cohosts Immigrant Justice Now Long Island, Together We Will Long Island, Long Island Inclusive Communities Against Hate and Latinos Unidos de Long Island used the rally to publicize what they call children suffering in the name of national security, inhumane family separation and asylum seekers being held in unsafe conditions that lead to emotional and physical trauma. Spokespersons for the groups ask that Americans not treat immigration reform as a political or partisan issue but rather a human one.

“Regardless of our political leanings, we must demand that this administration treat children with compassion and provide them with basic human necessities, including access to appropriate medical care, food, water and provision of their sanitary and hygienic needs,” stated a press release. “We hear of these horrific stories almost daily and protesters demanded that our country must do better. We are a country of immigrants, yet we are betraying who we claim to be as a country by dehumanizing, criminalizing and traumatizing children and families who are legally seeking asylum in our country as they are escaping dangerous and life-threatening situations.”

One attendee held a picture of Heydi Gámez García, a 13-year-old from Honduras who had been living on Long Island and died by suicide while her father was repeatedly detained at the border in an effort to reunite with her.

Dr. Eve Krief, a pediatrician from Centerport and co-organizer of the protest, spoke about a boy who died while in detention. Sixteen-year-old Carlos Gregorio Hernández Vásquez died on the floor next to a toilet from the flu, complicated by pneumonia and sepsis. Several other children have been reported to have died in similar circumstances without receiving proper medical care.

“As a pediatrician, I am horrified and appalled by the inhumane emotional and physical traumatization of children at our border and in detention facilities,” said Krief. “This should not be viewed by Americans as a political issue. It is a humanitarian issue that requires our urgent attention. We must do better as a country.”

The crowd chanted: “This is not who we are!” and “Close the camps!”

In addition to bringing signs with statements like, “Asylum is legal, child abuse is a crime,” “Close the camps,” “Silence is complicity” and “Do all lives still matter?” one group of attendees brought a prop—a cage filled with baby dolls wrapped in aluminum foil, evocative of photos of conditions documented at some detention camps.

According to a recent Washington Post article, the American Civil Liberties Union has discovered that the Trump administration has taken nearly 1,000 migrant children from their parents at the U.S.-Mexico border despite a federal court judge ordering the United States government to curtail the practice more than a year ago.

The crowd was moved by the original folk music of Sea Cliff’s Roger Street Friedman. Friedman’s “Sun Never Sets” was inspired by his grandfather’s journey to this country. Friedman recently told Anton Media Group that he is proud to use his music to bring attention to important issues.

Sharon Golden, administrator of Together We Will Long Island, said that this is not a political issue.

“This is a humanitarian crisis that is being used politically. People who are unsafe in their birth country are coming here to our country to seek asylum,” said Golden. “Instead of finding a refuge, they are treated less like people and more like cattle and certainly worse than any criminal is treated.”

Golden added, “We, as a country, with these conditions are perpetrating systematic abuse on these people. If a foster home treated the kids they took in with such neglect and abuse, they would be shut down. Yet these centers remain open. This has to stop and this Don’t Look Away Rally is our way of saying we will not look away [from] what is being done, we will not look away and become complacent, we will continue to raise our voices for those that can’t.” 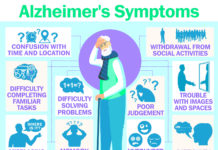 Time To Be A Hero