The race for Town of Oyster Bay supervisor has been a highly contested one ever since Town Clerk James Altadonna Jr. crossed party lines to run on the Democratic side against Republican incumbent Joseph Saladino. After months of campaigning, the two candidates are making their final arguments as to why they should be elected to represent the community.

Q: What is the most important issue you are running on? How will you tackle this issue?

Saladino: I am the only candidate in the race who didn’t raise your taxes. My record includes cutting town property taxes as supervisor, putting nearly $4 million back into the pockets of homeowners instead of the coffers of government. I am fixing the town’s finances while not raising taxes. I reduced debt by a record-breaking $160 million and eliminated $24 million in budget deficits left behind by the prior administration. We accomplished all this while cutting taxes, increasing road repaving funds by $22 million and creating a new office of Inspector General to protect tax dollars from those looking to defraud government. I am proud of this responsible, fiscal governing and will continue these practices in the future

Altadonna: I believe the most important issue facing the Town of Oyster Bay is its finances. It is critical that we begin to use Generally Accepted Accounting Principals (GAAP) when we analyze our town budget as well as fix the significant financial stress that this administration has put us under, which has been documented in the recent audit conducted by State Comptroller Tom DiNapoli’s office. We need to have an honest discussion with the residents of Oyster Bay to include a restructuring of our current debt, which is $623 million, as well as a layered approach to reducing the existing debt. As mayor of Massapequa Park, I improved the village bond rating to the highest rating a village can receive. This saved us thousands of dollars each year, over the course of many years. We must do this for our town.

Q: What else are you hoping to accomplish if you are elected?

Altadonna: I have been a fighter for the community my entire career. There needs to be an overhaul of the whole system. As supervisor, I will bring a referendum on term limits on all officials, including myself, to the table. This will be a 10-year cumulative term of office. These term limits will make sure that we get back to the foundations of what a local government should be, a public service. As supervisor, I will get the local government working for the people again, and only for the people.

Saladino: As a state assemblyman, I authored landmark legislation to clean up the Grumman-Navy plume and protect our drinking water. As supervisor, I now oversee the permitting process for this cleanup. We are working with the governor and the New York State Department of Environmental Conservation to expedite remediation of the plume and hold the polluters accountable. The State has earmarked $150 million to combat the plume. I want to see this project to completion.

Q: How will you get residents involved in your duties as supervisor?

Saladino: My office has an open-door policy for residents. We are available to assist with any aspects of government and have expanded the services we offer, including new same day permits for many home improvement projects.

Altadonna: Every person in the Town of Oyster Bay deserves a voice. When I am supervisor, there will be no red tape to come see me. I will begin by relocating the supervisor’s office, from the third floor down to the first floor, to provide easier access to all constituents. Additionally, I pledge to be in the office every day instead of outdoing taxpayer paid for photo ops that report on events that have already been covered.

Q: What is your favorite thing about the town? What makes it unique?

Altadonna: It is my utmost pleasure living in Massapequa Park and working in the hamlet of Oyster Bay. Every day I get to travel Oyster Bay in its entirety. Driving through the many hamlets and villages you get a real appreciation for the diversity of the town, as well as its beauty. The uniqueness of our town is in the identity of each hamlet and village in the township. Whether its Sea Cliff with its cliffs overlooking the Long Island Sound and breathtaking sunsets, to Hicksville’s amazing town resurgence. The common thread through our town is the care of our people for their community. 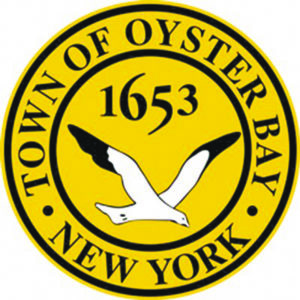 Saladino: As a lifelong boater and avid environmentalist, I love that the town is surrounded by water on both shores. TOBAY Beach is my favorite place in the Town of Oyster Bay. Since taking office, I have overseen many new investments, including a new spray park, upgraded playground, free wi-fi service, mobility mats on the sand to help with access, free sunscreen, and new restaurants and concessions that offer great food and live music. We are currently working with the Army Corps of Engineers and Department of Environmental Conservation to greatly replenish the shoreline with sand for next beach season.

Restoring Hope: How The Safe Center Lives Up To Its Name

Restoring Hope: How The Safe Center Lives Up To Its Name