The Nassau County Legislature unanimously passed a bill that will ban the sale of most flavored vaping and electronic cigarette products throughout the county by a 19-0 vote Monday afternoon, bringing to a close months of legislative momentum geared at combating a growing public health issue.

The bill, which Nassau County Executive Laura Curran has said she intends to sign, will forbid the sale of any non-menthol, tobacco or mint-flavored vaping liquids once it comes into law on Jan. 1, 2020. The legislation, first proposed by Legislator Arnold Drucker (D—Plainview) after a spate of vaping-linked illnesses that have killed at least two New Yorkers and 42 Americans made headlines around the country, is designed to target fruit and candy-flavored e-liquids that have increased the popularity of vaping products among young people.

“As the number of deaths and individuals stricken with serious lung illnesses continues to rise, it is our duty as lawmakers to take decisive action to protect the health and well-being of our citizens and especially our young people,” Drucker said in a press release. “It is clear to me that vape manufacturers cynically leverage cotton candy, blueberry and cookie-flavored vapes as tools for hooking unsuspecting young people on nicotine. While I was disappointed that there were several delays in reaching this moment, I am thankful for the outcome of today’s vote and all who supported my push to remove these dangerous products from the market.”

Chris Boyle, deputy director of communications for the Nassau County Legislative Majority, said in a statement that the majority was pleased to pass this bill while also calling out Curran on a veto that they say stopped money from going towards the cause.

“The majority is proud to continue to do everything in our power to help end the youth vaping epidemic in Nassau County,” said Boyle. “Whether it has been cracking down on advertisements that appeal to children, raising the age to buy vaping and tobacco related products to 21 or banning flavored vaping products, Majority legislators have continued to vote to protect the health of Nassau County residents. It’s unfortunate that the county executive recently vetoed our budget amendment that would have put more than $200,000 directly into enforcing the law we passed today along with other vaping related laws we have passed.”

Numerous studies released in recent years have demonstrated a link between the prevalence of flavored vaping liquids and an increase in vaping among youth. One study published earlier this month by the American Academy of Pediatrics, found that an overwhelming 93.8 percent of the students who reported being e-cigarette users used liquids of “nontraditional flavors,” while just 6.2 percent reported using tobacco, mint, menthol or flavorless liquids exclusively. The use of nontraditional-flavored liquids also correlated positively with both an increase in long-term use and an increase in the number of “puffs” users took per vaping episode.

Drucker told the Plainview-Old Bethpage Herald the legislature heard testimony from several pediatricians on the harmful health effects of vaping, which the Centers for Disease Control and Prevention (CDC) says includes brain damage in young people, sometimes fatal lung damage and an increased risk of cigarette use, before the final vote was called on Monday. Though the vote had been stalled a couple times since Drucker first introduced the bill in May, the legislator attributed its unanimous passage to mounting evidence of the harmful effects flavored e-liquids have on young people.

“There’s no escaping the consensus that vaping is a crisis,” Drucker said. “It’s an epidemic, and it’s causing people to get sick and die. The science is emerging on a daily basis, and it’s irrefutable.”

The legislator added that the exception for menthol, mint and tobacco-flavored liquids was carved out to allow adult smokers an avenue to transition to vaping instead of cigarette smoking, which kills nearly half a million Americans a year according to the CDC, on their way to kicking the habit entirely. Still, Drucker added that as new research emerges about the potential allure of even traditionally-flavored liquids, the ban may one day need to be pushed further.

“It’s becoming increasingly apparent that even the mint and the menthol are attractive,” Drucker said. “So I’m hopeful that down the road, we might be able to expand the ban.”

While activists and politicians around the country have sought to fight the spike in vaping illnesses, particularly among young people, through legislation, the scientific community has yet to reach a consensus on what exactly within vaping products is the cause of health issues for frequent users. The CDC has identified vitamin E acetate, a chemical found in the lungs of patients with vaping-related illnesses, as a “chemical of concern” in the matter, the agency said.

Several states have moved to enact bans on the sale of flavored vape products in recent months. New York State Governor Andrew Cuomo announced a statewide ban on the sale of flavored vaping liquids back in October through executive action, but the motion was halted temporarily by courts, and has been opposed by vape shop owners and industry members who contend that a comprehensive ban could push people back to cigarettes. The statewide age for purchasing vaping products was bumped from 18 to 21 on Nov. 13, but a comprehensive ban on flavored liquids in the state would still have to clear the courts before taking effect. 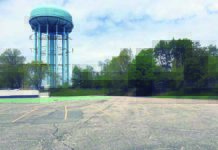 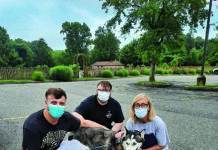 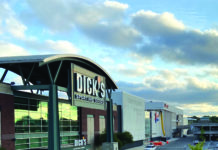 Malls Are Officially Open For Business Under Phase 4

Malls Are Officially Open For Business Under Phase 4

Bringing Medicine To The Masses