Plainview-Old Bethpage’s year was filled with many highs and a few lows. Here are some of the highlights from the Herald’s coverage over the course of 2019.

The Plainview-Old Bethpage Middle School opened their upgraded, state-of-the-art auditorium that now serves as host to many events held by the school district. These renovations were part of a $49.7 million bond referendum that was passed in December 2014, which focused on improving and remodeling multiple facilities throughout the district in 2018. Construction of the auditorium finished this January.

A Local Student’s Road To The National Spelling Bee

The Scripps National Spelling Bee in Washington D.C. gives kids the biggest platform to show off their language skills to an audience from around the U.S. This year, 10-year-old Bhavana Madini, a Plainview-Old Bethpage student, got her first taste of the major competition. She placed 51st in the event, ranking above 90 percent of the field.

Many members of the Plainview-Old Bethpage community gathered for a community meeting in July following a drug deal gone wrong in Haypath Park that ended in the murder of 22-year-old Stefon Pierre. Officials gathered to discuss the steps that can be made to make the park safer, while also reassuring residents that this was an uncommon occurrence for the area.

They Got The Beat: FREE Players Drum & Bugle Corps Delight The World

The Drum Corps Associates (DCA) World Championship in Williamsport, PA, brought some of the best Drum Corps from across the country together to compete in September. However, for the first time in the history of the competition, the DCA gave out the first-ever grand championship prize to one group that inspired all; The FREE Players Drum & Bugle Corps of Old Bethpage.

Plainview resident Marina Chello got a chance to perform in front of some of music’s greatest talents on NBC’s The Voice. She won over the heart of Blake Shelton and Kelly Clarkson, but ended up competing on Team Blake. Chello grew up in Uzbekistan before her family moved to the United States when she was 11. Listening to American music helped her learn English.

Happy Holidays from all of us at the Plainview-Old Bethpage Herald! 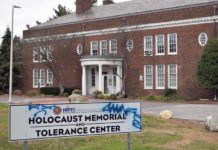 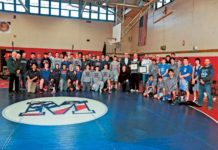