“I’m running as a fresh, new face who will fight with the taxpayers to cut runaway government spending and inflation, respect law enforcement and reduce crime, close our southern border to illegal immigration trafficking and drugs, and protect our economy from bad policies, COVID mandates and lockdowns,” the Plainview resident said. “I will be the loud and persistent voice fighting for the people, not for corporate interests and the Washington establishment.”

Running a successful medical practice for more than 40 years, Manes said he is appalled by the deficit spending of the Biden administration and the trillions of dollars in borrowing facilitated by the Washington swamp. “I have five grandchildren and I will not sit idly by while self-serving politicians continue to mortgage their future through massive borrowing and the printing of money,” Manes said. “Inflation is overwhelming working-class families and I will be a congressman fighting for their economic security.”

According to Manes, it took the Biden administration less than a year to turn the country from energy independent to a nation beholden to anti-American governments for its energy. “The anti-energy policies coming out of Washington such as canceling the Keystone XL Pipeline and closing federal lands to energy production have had devastating consequences for working families and senior citizens on fixed budgets,” Manes said. “The price of gasoline and home heating oil is outrageous and can be directly tied to the policies of the Democrats. When it comes to energy, taxes, jobs and economic opportunity, I will fight for the people of my district.”

Through his Manes Peace Prize Foundation, Manes has funded highly successful gun buyback programs in conjunction with Crime Stoppers and is a long-time supporter of the Guardian Angels, where he is a member of the board of directors.

“I absolutely oppose the Defund the Police farce and will fight for additional resources for law enforcement, especially in minority communities which have been hit the hardest by the crime wave that resulted from the elimination of bail and the anti-police sentiment that has infiltrated our government,” Manes said in announcing his candidacy. “I am not part of the cancel culture that thinks it’s okay to close jails and let criminals run free, especially those who are so emboldened they shoot up their neighborhoods and even the police.”

Manes, who pledged to lead a delegation of residents from the Third Congressional District to assess the Southern Border problem firsthand, called out the president’s immigration policies.

“Everyone knows that you can’t throw open the borders no questions asked, yet that what it happening,” the candidate said. “Everyone knows the Mexican cartels, not the U.S. government, are running the border and are raking in billions of dollars bringing in people from all over the world including unaccompanied minors, as well as lethal drugs such as fentanyl and heroin. Everyone knows it’s the Democrat Party’s policy to flood communities with future voters to hold onto power. That’s why they sneak them into Westchester and other local airports in the middle of the night. This has got to stop, and as the Congressman from the Third District, I will make sure they never hear the end of it until a reasonable immigration policy is put into place.”

Manes also questioned why illegal immigrants aren’t subject to the same COVID mandates as citizens. “The politicians went on a power trip to lock us down, close our businesses and churches, and jab our children, yet when it comes to the immigrants they are hustling into our country, no restrictions apply. Everyone knows this is wrong, and I will fight to stop these abuses.”

Manes, who is seeking Republican and Conservative support for his election, holds the distinction of being the youngest board-certified orthopedic surgeon in the United States and founding the Manes Peace Prize Foundation, which has made significant contributions to many charities over the last two decades. He was a former candidate for Old Westbury mayor and was elected to the board of trustees at Country Pointe where he lives in Plainview. He’s been a registered stock broker and has experience in the real estate business, having owned office buildings and shopping centers.

A self-made man who started life in an orphanage and foster homes, the doctor knows what it means to struggle, but with hard work, you can achieve the American Dream. He is a renowned art collector, Nassau County Museum of Art Trustee and benefactor of the museum’s Manes Art and Education Center. He recently donated $100,000 to fund the reconstruction of the famous Star Gazer sculpture at the Gateway to the Hamptons and was named Hamptons Art Collector of the Year.

“Washington needs fresh, new faces that aren’t beholden to the elites who run our country,” said Manes, who pledged to self-fund his campaign so he has no ties to lobbyists or special interests. “I’m funding my own race and will take direction from no one except the voters who elect me. Our country is obviously heading in the wrong direction and I am stepping up to the plate to turn it around. I know I’m not alone when I say changes must be made. That’s why I’m confident I can win this seat. I am a man of the people and not the Washington establishment. I will dedicate my time and my resources to put a non-politician in this seat who has no motive except to do what’s right for America.”

Dozens of organizations have benefited from substantial donations from the Manes Peace Prize Foundation reflecting the doctor’s concern for the less fortunate, senior citizens, disabled, public safety, religion, environmental and historical preservation, culture and the arts. These include:

“I have been fortunate in my success and my priority is giving back to the people of this country,” Manes said. “I am in a good position to run this race and go to Washington and get things done. Because I’m self-funded, I am free to speak my mind and advocate for the hard-working people of my district.” 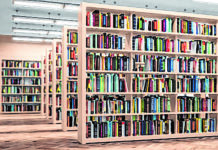